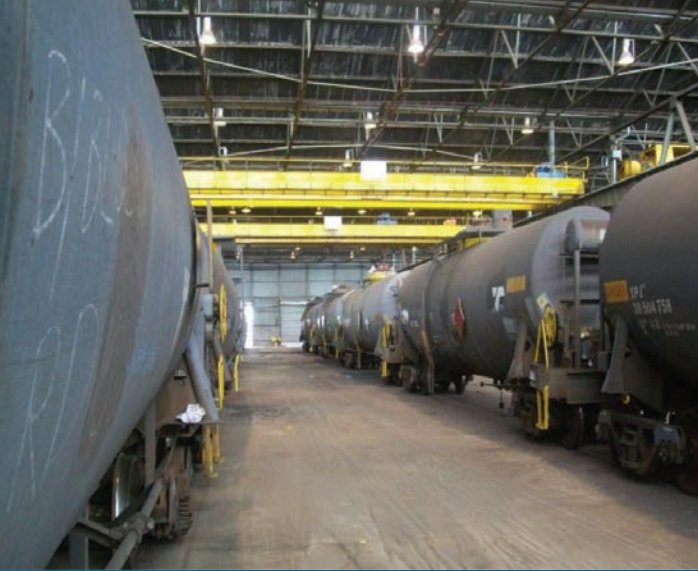 ten years ago the whole of south Africa was busily preparing to host the football World Cup. Work on the stadia was on time but due to pipeline construction delays there were some concerns over supplies of aviation fuel being in the right place for the extra air travel generated.

Transnet, Africa’s largest rail freight transporter, had a fleet of 400+ liquid rail tank wagons ready to take the job on but there was a problem. In order to carry aviation fuel the tanks first had to be protected against jet fuel
and that’s when Corrocoat SA was consulted.

Corrocoat SA proposed using Zip E (also called Petro Zip in South Africa) in a one-coat application on the suitably prepared tank internals, reducing labour costs by half when compared to a two coat system. Zip E had previously been approved for use in jet fuel applications following independent laboratory tests carried out by BP, Shell, SAPREF and Transnet. The tests concluded that there was no contamination of the jet fuel by the ZIP E coating used on a railway truck containing 60,000 litres of jet fuel left standing for seven days.

So, from November 2009 through to April 2010 Corrocoat got to work, cleaning, blasting and coating a total of 413 railway tanks, all in time for the 19th FIFA World Cup to kick off in June 2010.

The customer had deemed that a five year life expectancy for the rail tanks was an acceptable return on investment, but the ZIP E coating wasn’t going to stop there. In 2019 a 10th anniversary inspection of the tanks found the Zip E
coating to be still in perfect condition and promising many future years’ service.

Now that’s a return on investment!